Sometimes the concerns of career and community draw one away from Sherlockian pursuits for a few days or weeks, and one has to find a re-entry point to get one's head back into the game. But sometimes that re-entry point doesn't come easily, especially when it needs to fit a certain personal standard of blog-worthiness.

Yes, yes, I could review one of a billion stories in a myriad of mediums, but that would just lead to a possible less-than-positive experience. So many personal versions of the Great Detective out there that getting one to match one's own is never easy. The best thing, then, is to just head back to the Canon for a spoonful of original Canon.

But where to head for that?

Well, today, it turns out, is Waffle Day in Sweden.

And we all like the occasional waffle. But what has that to do with Sherlock Holmes?

Well, James Mortimer of The Hound of the Baskervilles was a member of the Swedish Pathological Society, but surely that doesn't rate waffles. So we turn, very quickly to another novel, The Valley of Fear.

John Douglas, the seeming murder victim of that tale, had a Swedish first wife. And when we get to the extended flashback of his former life in America, we find out what a wife . . . .

"It was a woman, young and singularly beautiful. She was of the Swedish type, blonde and fair-haired, with the piquant contrast of a pair of beautiful dark eyes, with which she surveyed the stranger with surprise and a pleasing embarrassment which brought a wave of colour over her pale face. Framed in the bright light of the open doorway, it seemed to McMurdo that he had never seen a more beautiful picture . . ."

Yes, Miss Ettie Shafter was that classic Northern European fairy princess old school standard of beauty that gave us such cultural touch-stones as the "Swedish bikini team." She has a touch of a Swedish accent, but not a full-on one, as she is second-generation Swedish. Her father came from there, but apparently she had never been. Her contrasting dark eyes surely came from her mother, whose origin is never told.

Ettie Shafter became Ettie Edwards after marrying Birdy Edwards in Chicago, with her Swedish father as a witness. From there, the couple moved to California under assumed names, and it was there she died of typhoid and her husband changed his name yet again to "John Douglas."

So this morning, now that I've finally got a little break in the concerns of day-to-day life, I'm headed to Peoria's finest waffle-serving restaurant for a waffle in honor of the late Ettie Edwards, nee Shafter.

Except I'll have to do so under an assumed name, as a tribute to that adventurous lady of Swedish extraction. 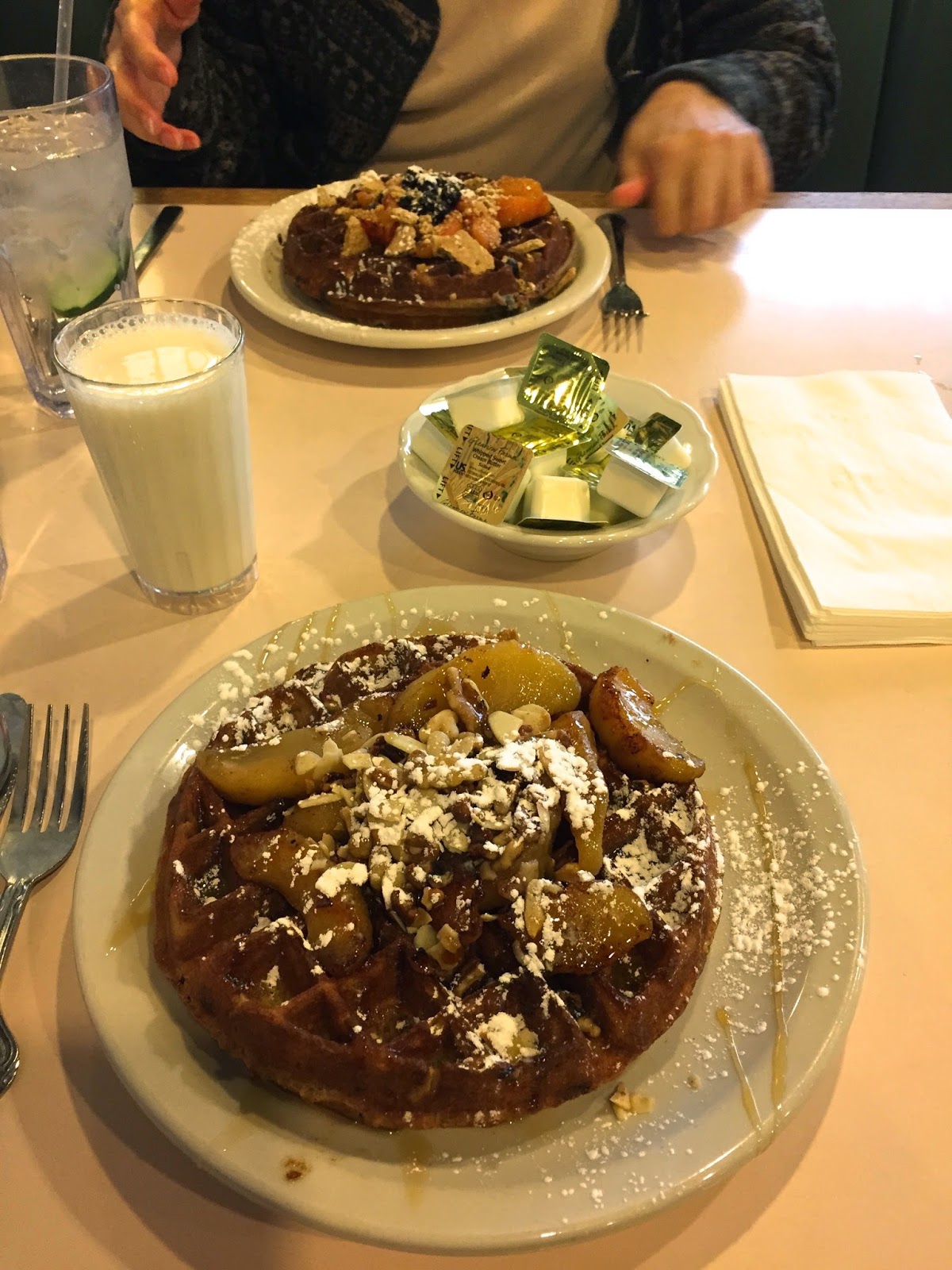 Here's to you, Ettie!

Posted by Sherlock Peoria at 8:41 AM