Since the pageviews here at Sherlock Peoria have been up this week, let me cool things down with an entirely dull spreadsheet blog of the arrival dates of The Baker Street Journal here in Peoria from the years 1992 to 2003. Why am I doing such a thing, you ask?

Well, my late friend Bob Burr had a habit of stamping his issues of the Journal with the date they arrived in his mailbox.

"No big deal," you would tend to think, but here's the thing. Since Bob was keeping close track of when each issue arrived, he would also pick on the current editor when said issue arrived late. Unlike newsstand magazines, who put future cover dates so they can be on the stands longer, The Baker Street Journal was usually dated with the month it came out. Only sometimes, as you will see, it came out much later than the month on the cover.

After many years, and Bob's harping at two or three editors, the cover date on the BSJ became seasonal, rather than monthly. You'll note this change happened after a pretty good run of issues a month or two late, so Bob may have not been the only one. (And I'm sure that uproar was nothing compared to the single issue of the BSJ with a mailing label affixed to its cover! Collectors everywhere probably went nuclear on that dark day.) 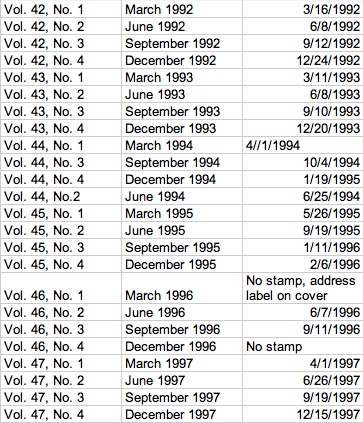 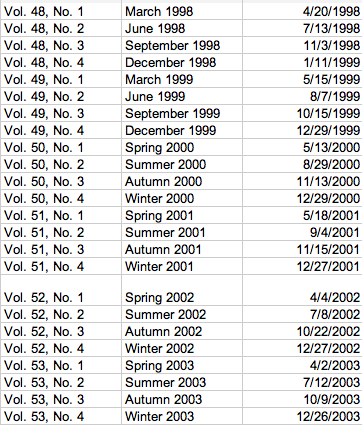 Posted by Sherlock Peoria at 8:17 PM