Remembering a Sherlockian on Popeye's trail.

My grandfather was a firm adherent to the tradition of putting flowers on the graves of one's relatives on Memorial Day. Times change, families spread far away from the cemeteries of the old home towns, and such things become no longer the way for many, including myself. But a timely email from Michael McClure of the Chester Baskerville Society is letting me put a blog-flower out in remembrance of at least one old friend this Memorial Day.

The Chester Baskerville Society is one of my favorite names for a Sherlockian society, and their turf is the river town of Chester, Illinois . . . which is also the home of Popeye the sailor man. And as with all things Sherlockian, they can't help but connect the two. The Popeye Character Trail in Chester is a really fun feature of the town, one I wish Peoria had something similar too, and the Chester Baskerville Society had been heavily involved with it for some time. So if you ever make it to Chester, perhaps on a side-trip the next time you're in St. Louis, and you follow the Popeye trail, keep your eye out for some Sherlockian "cookies" amidst the statuary.

You might note Castor Oyl's notable outfit and magnifying glass, or a certain Conan Doyle novel in a stack of books by Cole Oyl, but if you are especially observant when you get to Poopdeck Pappy, you might just find tributes to one-and-a-half Sherlockians of note. 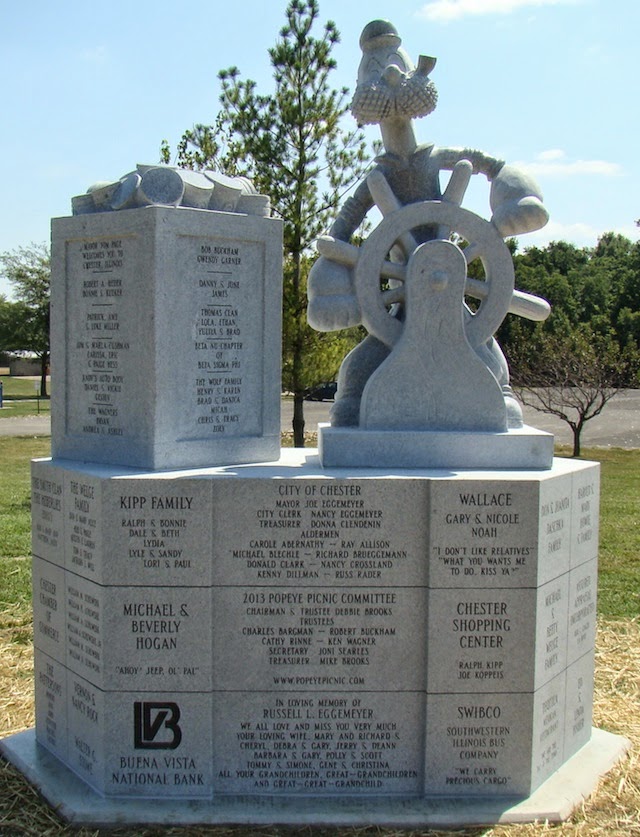 First, comes an obvious memorial to my friend and neighbor, Robert C. Burr. Even though his investiture in the Baker Street Irregulars was "The Rascally Lascar," to those who knew him best he became "The One Fixed Point" over the years as those occasions when he left Peoria became more and more rare. (Which totally sounds like I'm following in his footsteps at this point, but trust me, completely different circumstances.) Here's Bob's tribute: 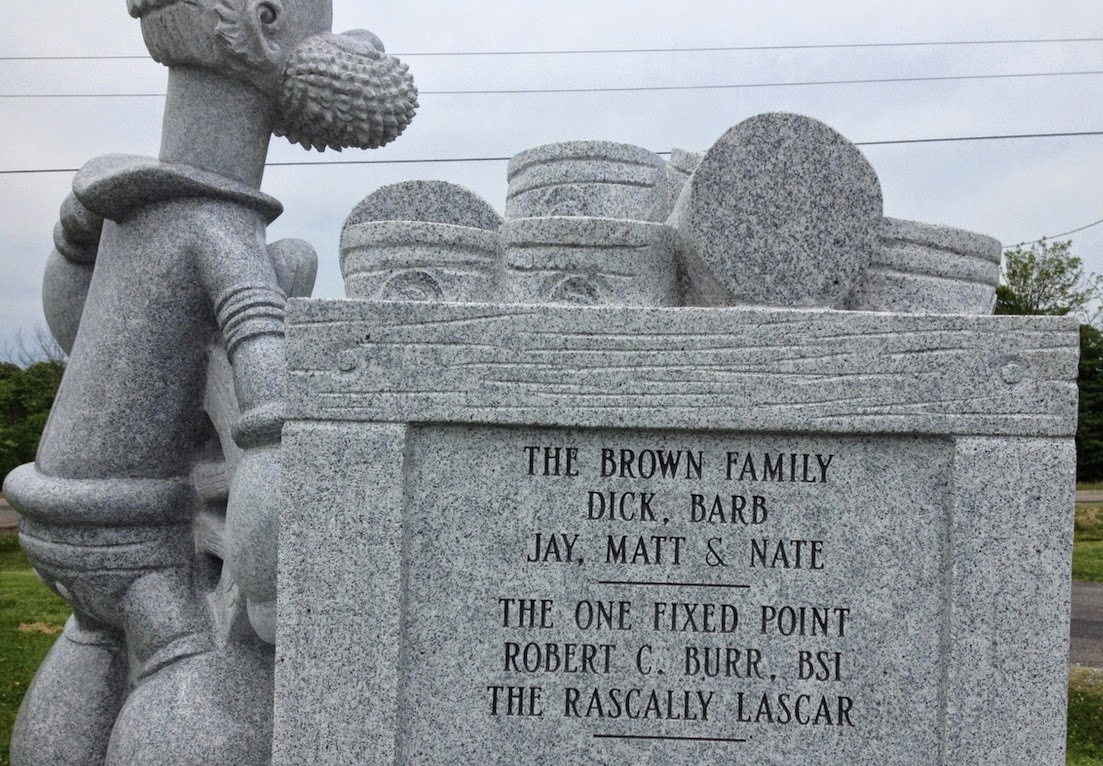 But even though Bob was that One Fixed Point who didn't get around so much, he did have a two-dimensional doppelganger named Robbie Burr who made it to all sorts of places, one of which was notably the Baker Street Irregulars of New York's annual dinner. Robbie was always a bit shadier than Bob and is probably still giving toasts to Professor Moriarty at Occupants of the Empty House meetings now and then. So if you circle around behind Poopdeck Pappy for a look at his "poopdeck," you'll find the button-flap of his britches to have the following inscription: 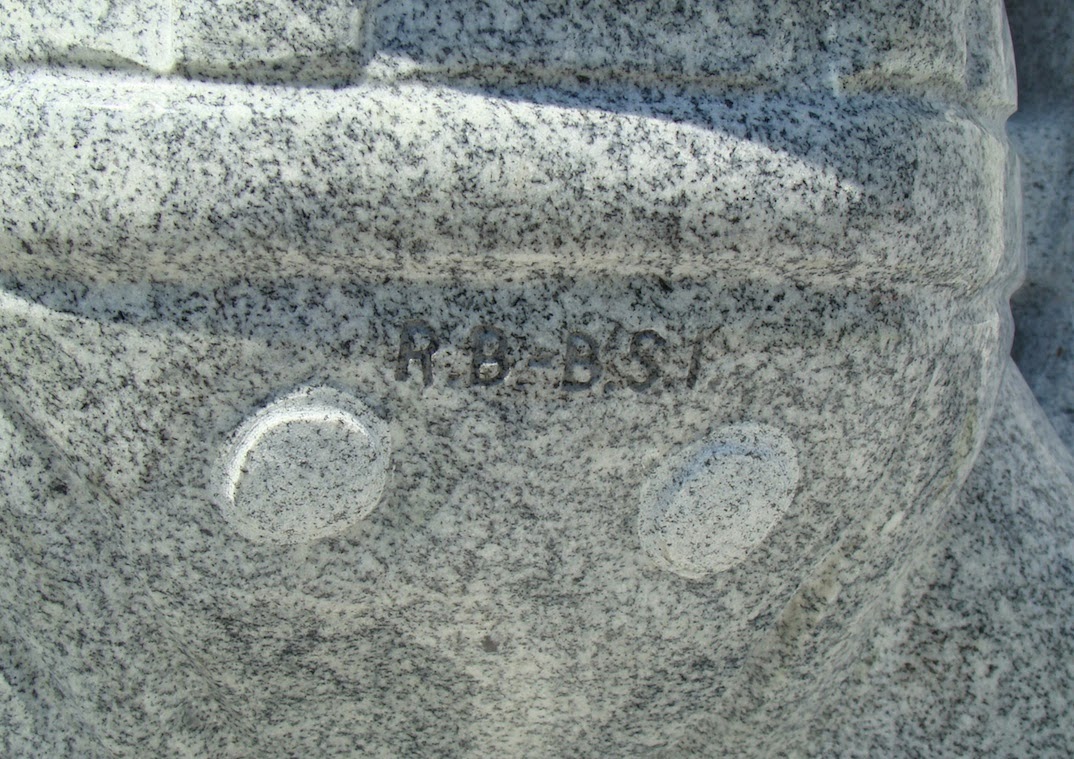 It's a far cry from the B.S.I. archives at Harvard, but it certainly suits Robbie and I think Bob would get a pretty big kick out of it.

The Popeye Character Trail is far from done, and there's another definite Sherlockian treat coming in the statue of Professor O.G. Wotaznozzle coming up next to grace the front of Chester High School. Mike also tells me that since "The Detective" was a key feature in Elzie C. Segar's Thimble Theater comic (which was where Popeye came from), a full size Sherlock Holmes statue might be hoped for in the future, and donations for Sherlockian engravings for that work will be graciously accepted. For further info, you can contact Michael McClure at watson7654321@gmail.com and I'll surely be writing more about it here as that day draws near.

But for now, getting a little reminder of Bob and his doppelganger for Memorial Day has been a really nice thing.
Posted by Sherlock Peoria at 9:33 AM