This morning I discovered one of my favorite podcasts had somehow fallen out of the world. (Don't worry, it's not one of the Sherlockian ones!) Whether its network had crumbled or what, I don't know, but the way I found out about its disappearance was the announcement of a new podcast, whipped together in under a week, by the creators of the original podcast.

Contemplating this sudden turn of events, and the whole phenomenon of the small podcast with a widely spread assortment of listeners, as well as the ability for one or two people to entertain people across the country or globe thanks to the internet, I stopped and went . . . wait, we had this before.

Sherlockians, before the internet, had the U.S.-Postal-Service-Net. And instead of podcasts, video blogs, tumblr sites, etc., we had newsletters and journals. 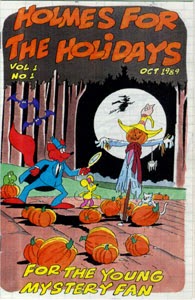 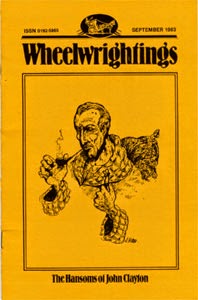 They weren't as quick to respond to events of the moment, nor as readily available for any given moment of boredom needing a fix, but they were what we had and a lot of fun and fussing went into creating them. Had we had digital video, YouTube, audio podcasting, etc. a lot of that creativity would have flowed some other media direction, sure, but back then? Print was all we had. Print, and the U.S. Postal Service. Like those TV fans who one recorded their favorite show's audio on a cassette recorder, we worked with what was there, sometimes pushing the limits, sometimes just going with the standard format everyone else used.

And it wasn't about fame and fortune, increasing circulation numbers, or any noble literary cause. It was really just about having fun with your friends and making new friends along the way. Which is what fandoms have always been about, really.