A nude first for an old institution?

Well, The Baker Street Journal has certainly got my attention with this tweet . . . . 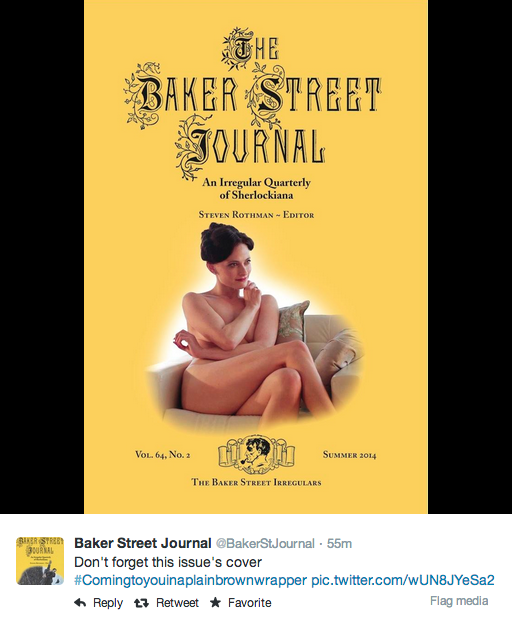 And I probably just lost a good share of my readers for a bit longer than the normal blog post holds their attention. Fitting for a summer issue, the hot weather sometimes putting one in that particular suit of one's birth, but questions arise:

Is this Irene Adler's first BSJ cover? Is this the first appearance by a woman on the BSJ cover?

I really hope not, on either point, as that might have a certain controversial overtone. Yes, yes, all in fun, but you know the internet these days, always quick to the controversy . . . oh, wait, I'm a part of that internet. So let me quell the controversy by discussing other nude covers of The Baker Street Journal. Like these: 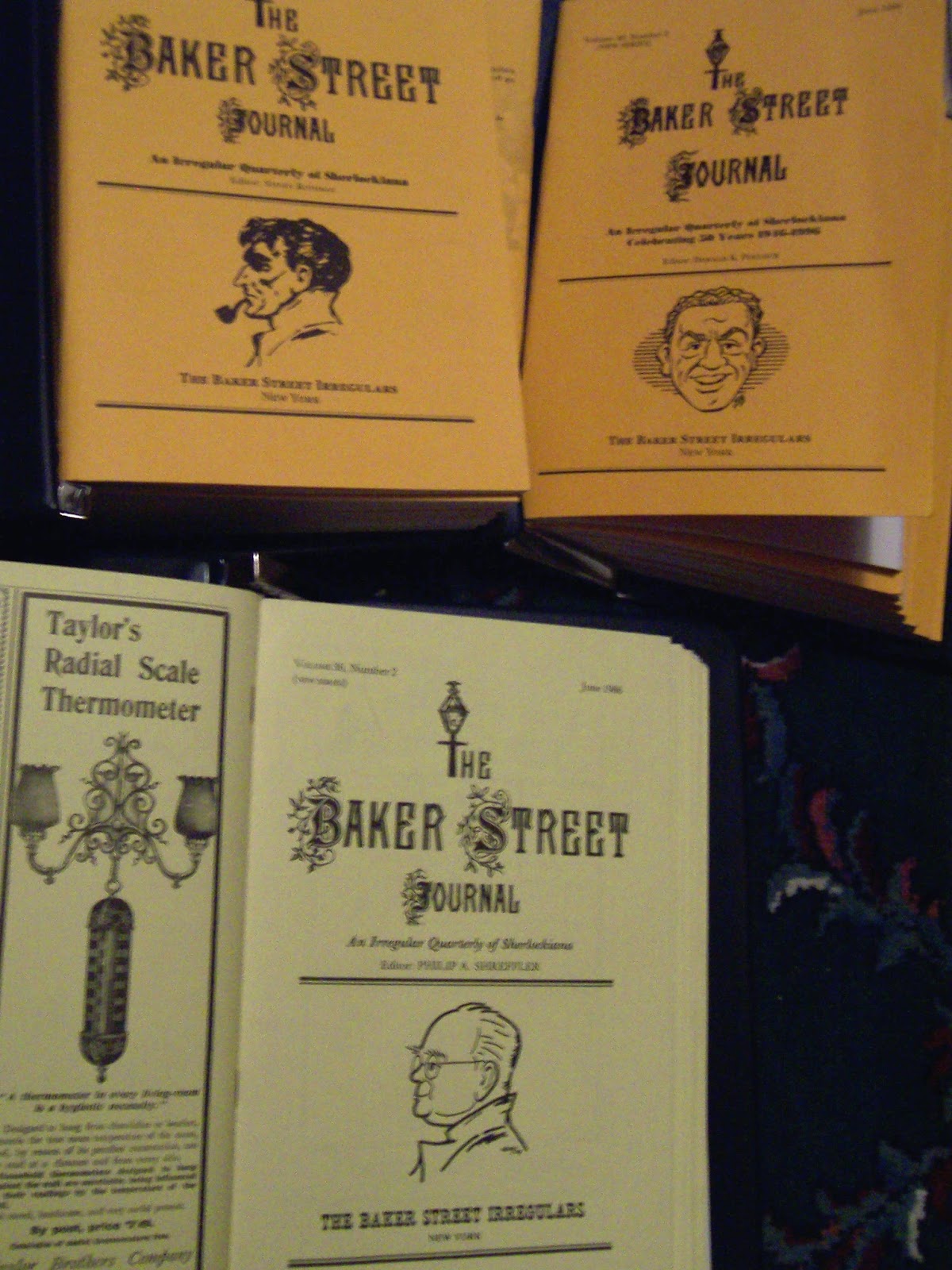 WHOA! Settle down, there, ladies! I know you got three instead of the one, but they are just drawings after all. And naked as jaybirds! Well, except for that coat . . . which looks a lot like the one Irene Adler used to cover her naked body in "A Scandal in Belgravia," a scene surely inspired by the little known fact that both Sherlock Holmes and Julian Wolff posed nude with coat for the artists of these BSJ covers. I mean, why else would you wear that classic "flasher" style coat?

Of course, times change and by the time Tom Stix (see correction comment below) made the cover, as you can see, he's wearing nothing but a smile. So the Irene Adler is sort of a natural evolution of sorts, paving the way for the Tom Stix's successor, Mike Whelan, to take Tom's sans-trenchcoat look to a fuller shot.

Where's it all leading? A clothing-optional Baker Street Irregulars dinner? An eventual Cumberbatch centerfold? Articles on the length and girth of Sher . . . ahem . . . well, that would be Sherlockian scholarship we haven't gotten to yet, and writers are always looking for fresh fields. (Though I suspect Tumblr got there months and months ago.)

Well, the old Journal had to do something to get some attention during Comic-Con week, and I guess this bit of cover un-cosplay fits right in. Excuse me while I scroll back up the page for a moment . . . .


Posted by Sherlock Peoria at 9:11 PM