Rob Nunn started a little discussion on Twitter tonight, about "the adventure of the Paradol Chamber," an 1887 case that Watson apparently wrote up but never published. Dr. Watson mentions in "The Five Orange Pips" that he has an account of the case among his notes and records, and pastiche-writers have been making hay with that much ever since.

Looking it up in Les Klinger's The Sherlock Holmes Reference Library (his original annotated), I found an alluring bit that read "A more serious effort is Klas Lithner's 'A Key to the Paradol Chamber,' which identifies the chamber as the residence of Lucien-Anatole Paradol . . ." And from there, I looked up the Lithner article in Ron DeWaal's The Universal Sherlock Holmes and found a little more description of the article with the Paradol Chamber being that room in which Paradol committed suicide in 1870.

And if you think I'm humble-bragging about owning those volumes, just wait . . . the page in Klinger's work passing on the Lithner info also mentions that I wrote something about it which I didn't even remember/understand: "Brad Keefauver gave semi, p. serious attention to the subject in an article on the untold tales." (Somehow I think a hyphen became ", p. ") So then I had to go look that up.

Some digging came up with "Regarding Order in the Universe, Untold Tales," and a Dangerous Club" in the May 1986 issue of The Quarterly $tatement." In that article, I pointed to the pattern in Watson's mention of unwritten cases -- he tends to do it in threes. Working upon that premise, I removed a few commas from Watson's full statement in which the Paradol Chamber was mentioned and got:  "Among my headings under this one twelve months I find an account of the adventure of the Paradol Chamber of the Amateur Mendicant Society who held a luxurious club in the lower vault of a furniture warehouse . . ."

From there I theorized that the Amateur Mendicant Society were playing Russian Roulette as a tribute to Lucien Anatole Prevost-Paradol . . . at the time, I must have read Lithner's article in the Autumn 1984 Baker Street Miscellanea, I find.  Now, however, we have this thing called Wikipedia, and more information about Prevost-Paradol is available at our fingertips. So I'm starting to theorize in another direction.

Lucien Anatole Prevost-Paradol was the journalist/essayist progeny of a tryst between an opera singer and a writer. He was very political and even imprisoned for being a liberal journalist in a time when it wasn't the thing to do in France. Later, he was appointed French envoy to the United States, which he eventually shot himself in Washington, D.C., just three days after France declared war on Prussia. Just two years before his death, Prevost-Paradol published La France Nouvelle, which laid out his thoughts on converting France to a more democratic government, as well as colonizing Algeria with Frenchmen.

The idea of a luxurious secret club with a chamber devoted to the works of a liberal political thinker from a few decades before seems like just the sort of thing that could evolve into a matter that Sherlock Holmes would have investigated. Of course, as with so many things Sherlockian, a true scholar could go deep into Prevost-Paradol's works and come up with something a little more solid than my rambling conjectures from a bit of Googling.

All this digging around distracted me from joining the original Twitter discussion, but I did note that a certain podcast didn't think they could get fifteen minutes on the subject of the Paradol Chamber. But I bet they could. Many a Sherlockian can squeeze gallons of orange juice from a single orange when they set their minds to it, and send you the pips the next day.

And I don't think Sherlockiana is nearly done with the Paradol Chamber, in any case. 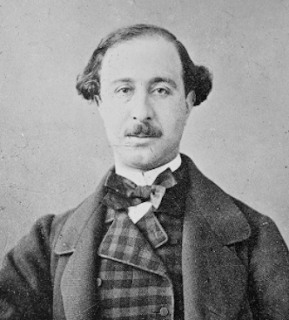