A Sherlockian controversy from 1970s Peoria

Back in the 1970s, connecting with local Sherlockians meant one thing: If a scion society did not already exist in your town, you just had to start one. And along came newsletters to let people know about meetings, and if you were really ambitious, a journal. 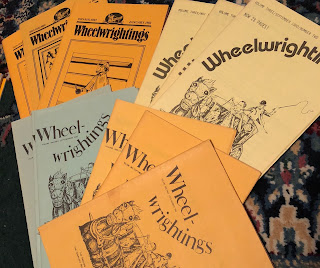 For Peoria's group, the Hansoms of John Clayton, that meant an evolving tri-annual called Wheelwrightings, first edited by George Scheetz, then taken over by Bob Burr. And if your society was going to have a journal, that journal needed content. To fill the twenty pages of Wheelwrighting's first issue, the Hansoms came up with reviews, a poem, a pastiche re-envisioning the Reichenbach business, articles on Violets of the Canon, Sherlockian cinema . . . and one other thing: An article by Tom Simpson called "Make Mine a Double." The article basically looked at all of the continuity issues of the Canon and put them down to Watson being a hopeless drunk.

In the second issue of Wheelwrightings, Bob Burr retorted with an article entitled "In Defense of Dr. John H. Watson," in which he painstakingly went through the Canon and noted examples of John Watson as a serious professional. Burr also pointed out that Sherlock Holmes did a lot more drinking in the Canon than Watson ever did.

Simpson, however, did not wait until the journal's third issue. Immediately following Burr's detailed defense was a pastiche that took drunken Watson to a horrific new level. 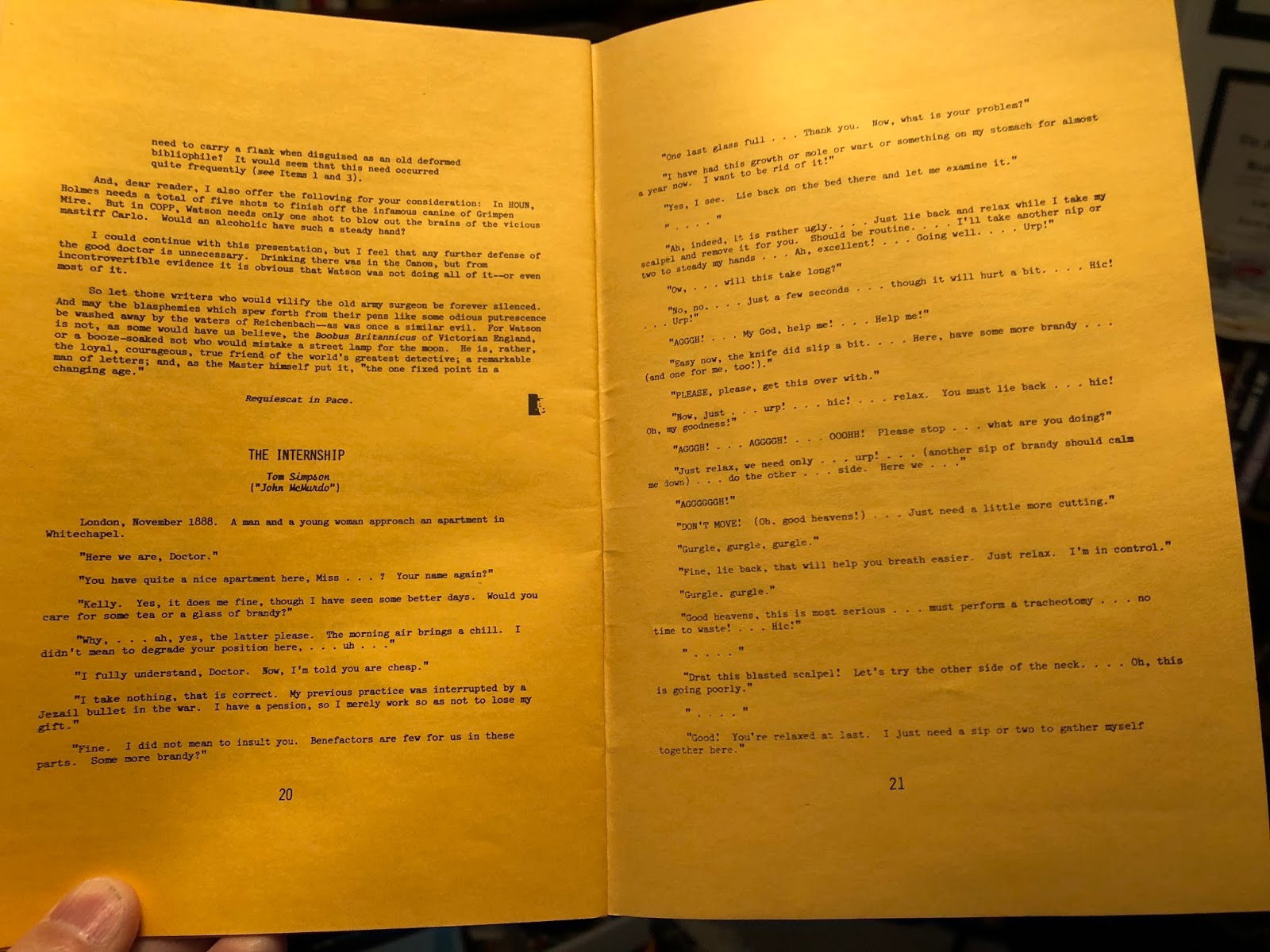 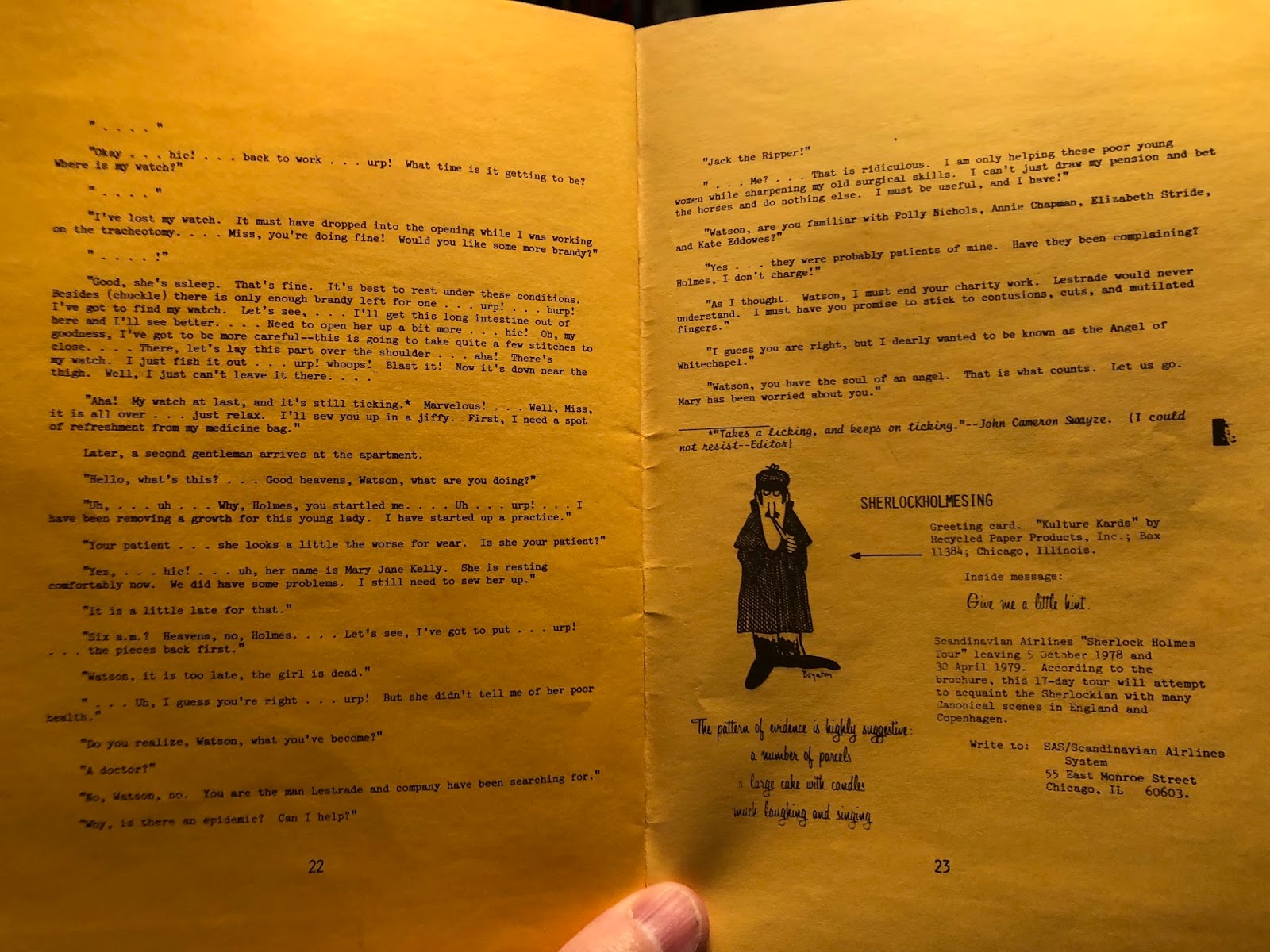 Four pages of tiny type, as they were shrinking 8 1/2 x 11 typewritten sheets down to half that size, and the controversy was ridiculously finished. Burr went on to continue to specialize in food and drink in the Holmes Canon, eventually adding a couple of articles to Michael Kean's 1994 collection Sherlock Holmes Vintage and Spirited. Simpson moved on to other topics, remaining satisfied with just writing for Peoria's Sherlockian publications.

But that opening little controversy did help set the fun, contentious tone the Hansoms carried on for decades past those early days.
Posted by Sherlock Peoria at 9:44 AM