To Doyle or not to Doyle. That is the question!

My first visit to a Crew of the Barque Lone Star meeting this afternoon yielded a surprise bit of controversy. With Zoom a lot of distant Sherlockians and familiar faces were attending, as tends to happen these days, and there was a quiz, a paper presented, all the things one expects from a local meeting of a Sherlock Holmes society. And then Steve Mason brought up a proposal for an ongoing feature for future meetings . . . on the life of Conan Doyle.

Now, we all know there are many a controversial subject in the Sherlockian hobby, subjects that can get debated, problems that ask for solutions, and opinions always seem to demand immediate disagreement. But the one thing I didn't expect to evoke the longest discussion of the meeting was Sir Arthur Conan Doyle, though I should have. Get ready for the blasphemy. And worse, I'm going to openly demonstrate what pond scum I am. But I want to make a point.

And this picture is one of the shelves of non-Sherlock Holmes books by Conan Doyle that I have sitting out, not tucked away in boxes. Holmes and Watson finding their tent in front of those books might given you an omen of what's to come.

The discussion at the Crew of the Barque Lone Star meeting began with the thought of holding a separate meeting to discuss Conan Doyle. The quantity of material on his life was brought up. And while everyone seemed to agree, "Yes, Conan Doyle should be discussed!" a whole lot of folks were a little bit, "Just maybe not here . . ."  Because, let's be honest. Sherlock Holmes fans are not necessarily Conan Doyle fans.

The two shelves of books you see above are not there because I love Conan Doyle -- they're the cover charge I pay to get into the bar. I'll give the author his due, but come on . . . fairies? It may not be "Cancel J.K. Rowling!" worthy, but take away Sherlock Holmes and there are a lot of other historical figures I find a lot more fascinating than Conan Doyle. Other authors even. (Given my place of origin, Mark Twain always gets a lot more of my local-team love. Man, if that guy had actually created Sherlock Holmes, I hate to think . .  .)  The only time I really bone up on Conan Doyle is when I am asked to speak to a non-Sherlockian audience, and like Sherlock Holmes with Copernican theory, I do my best to quickly forget it.  (I was shamed by a particular friend for scoring 4 out of 10 on Steve Mason's Conan Doyle pop quiz, but I quickly admitted that my ignorance was not an accident.)  I'll dig into my books as need be to tie something into the life of John H. Watson, but the good doctor remains my focus.

When Doylean scholarship started to rise in the 1980s, I wasn't that interested then, and, for my own past-times, I'm still not. Life is short, and there's more fun to be had with the original sixty stories than I can keep up with, as I still enjoy taking in new non-Sherlock media as well. Even Conan Doyle himself put thoughts in Sherlock Holmes's head  like "I consider that a man's brain originally is like a little empty attic and you have to stock it with such furniture as you choose." While we don't always get to pick our own line of work like Sherlock did, we do get to choose our own line of fun.

And history can be fun, which is why we love weaving Sherlock Holmes and John H. Watson into it. It's a great exercise of the imagination to take documented historical facts and try to make them coincide with what we know of those two men. Merely reporting on known data about Conan Doyle? Well, that's good for educators and scholars. Discovering new data on Doyle as some of the great Doyleans among us have done? That's gotta be a great adventure in discovery, but resources for that work are limited, it's not the wild, wild, untamed West that are the lives of Holmes and Watson, where anything is still possible. Anything.

My old buddy Don Hobbs made the point that the Baker Street Irregulars don't discuss Doyle at their annual dinner, and that's following a tradition that goes back to their start. Playing the game, staying in Holmes and Watson's world. The BSI Press, of course, prints a lot on Conan Doyle, their manuscript series being a major part of that. And their symposiums do not ignore Doyle either. But there's a reason that the phrase "Sherlock Holmes society" has that name on the door. Sherlock Holmes is the one we want to discuss. Conan Doyle tends to be the one we "should" discuss.

And I will freely admit to being the kind of person Doyle called "the man who's half a boy." (And not the half from the movie Walk Hard, but I digress down the path of a favorite Watson.) A more mature Sherlockian will rightly have an entirely different opinion, but I've never been anything but a Sherlockian with a thirteen-year-old's love of Sherlock Holmes. And I know I'm not alone. Nor am I representative of the whole Sherlockian world. Few of us are, if any.

The thing is, Sherlockiana has room for all of us, and a spoonful of Conan Doyle in the midst of a full Sherlockian meeting might make some of us hold our nose and swallow that medicine as quickly as possible, but if it remains a feature and not the main program, it's the credits before the movie, the TSA before the flight, the . . . um . . . you probably don't need those metaphors.

I had a good time sitting back and enjoying the meeting of the Crew of the Barque Lone Star today, including the discussion on how best to fit Doyle into the program. It's a question worth consideration, and one each of us gets to decide in our own Sherlockian lives. It's okay to look at the program for a Sherlockian symposium day and pick which hour you can retire to your hotel room for a rest and a little HBO . . . not that I've ever done that . . . nooooo.

Have fun out there, however you do it.

P.S. You know how sometimes someone will look at your library and go "Have you read all those books?" Some shelves, yes. The Doyle shelves . . . . welllllll . . . 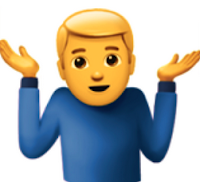 Posted by Sherlock Peoria at 5:47 PM