Connecting with other human beings can be a very good thing. When Facebook first zoomed to popularity, and even now, we heard a lot of "Why should I care what Joey Jornson had for breakfast?" grumbling about the life trivia it poured into our browsers. But just like Sherlock Holmes's relationship with the agony columns of the London newspapers ("Bleat, Watson -- unmitigated bleat!") There are still amazing moments to be found there, where we connect with someone else's mindset just like Sherlock finally connected with the personal ad that led him to the solution of "The Red Circle."

Yesterday, my friend Vince Wright was posting photos of his plunder from Saturday book-shopping travels, as he often does, and a familiar face popped up . . . and by "face" I mean "cover," as books do get that "old friend" feel after a while. It was The Master's Violin by Myrtle Reed.

Now, if you've ever been an ardent Sherlockian book hound, sniffing the brick-and-mortar landscape for that elusive Sherlock Holmes rarity, you might know that title. And if you don't . . . well, Sherlockians have, since ancient times, called Holmes "the Master" and a violin is part of his iconography. The title just screams "SHERLOCK HOLMES" when your eye catches it on the shelf.

And even though its contents really have nothing to do with Sherlock Holmes proper, you just want to buy the thing. And sometimes you do. Vince did. And I had done the same, some years before. 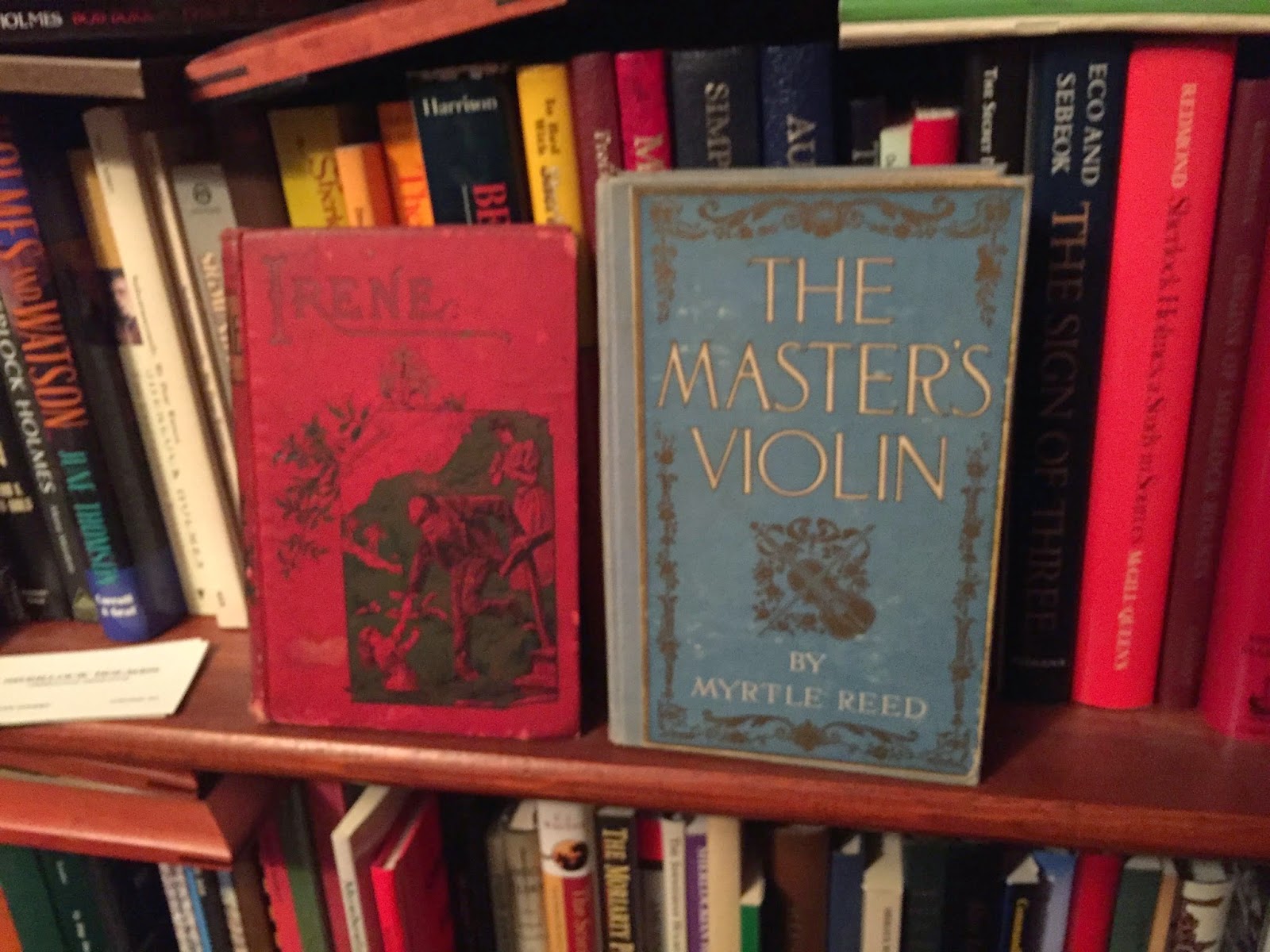 I could feel much better about this concept, though, if there weren't a few non-Sherlock-evoking titles I had picked up along the way, just because they were old, pretty, and cheap . . . 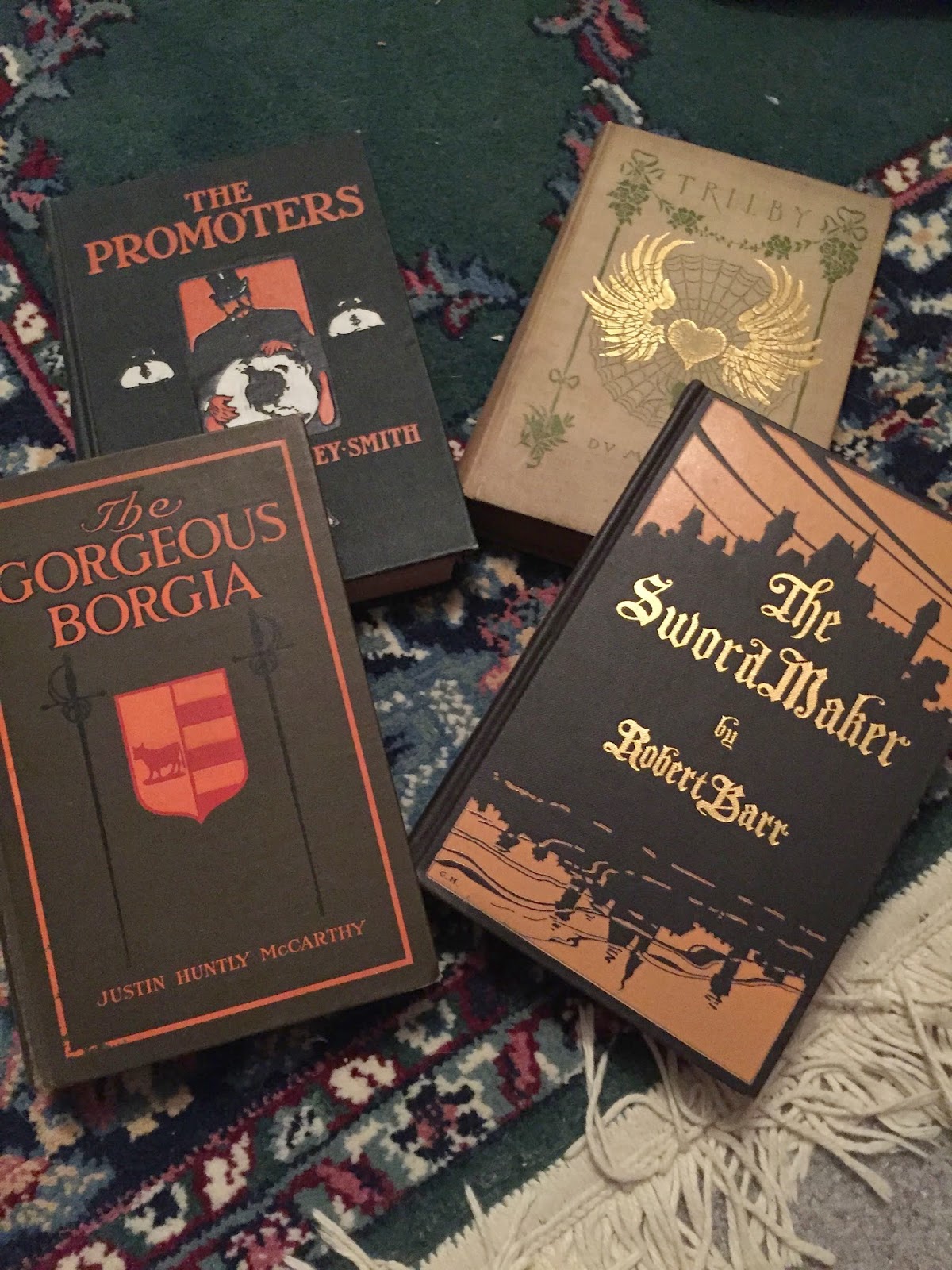 But each of those, like the others, at least had the potential of something I would read at some point. The worst of my book-buying habits came along at the height of antique mall popularity, before eBay killed most of them. And that was not only buying books I wouldn't read, but already had copies of . . . many, many copies of . . . just because they had Holmes on the spine. Obviously I still even have a sort of perverse pride about this lot, or else I wouldn't be shoving a picture in front of your here like it's a favorite grandchild . . . . 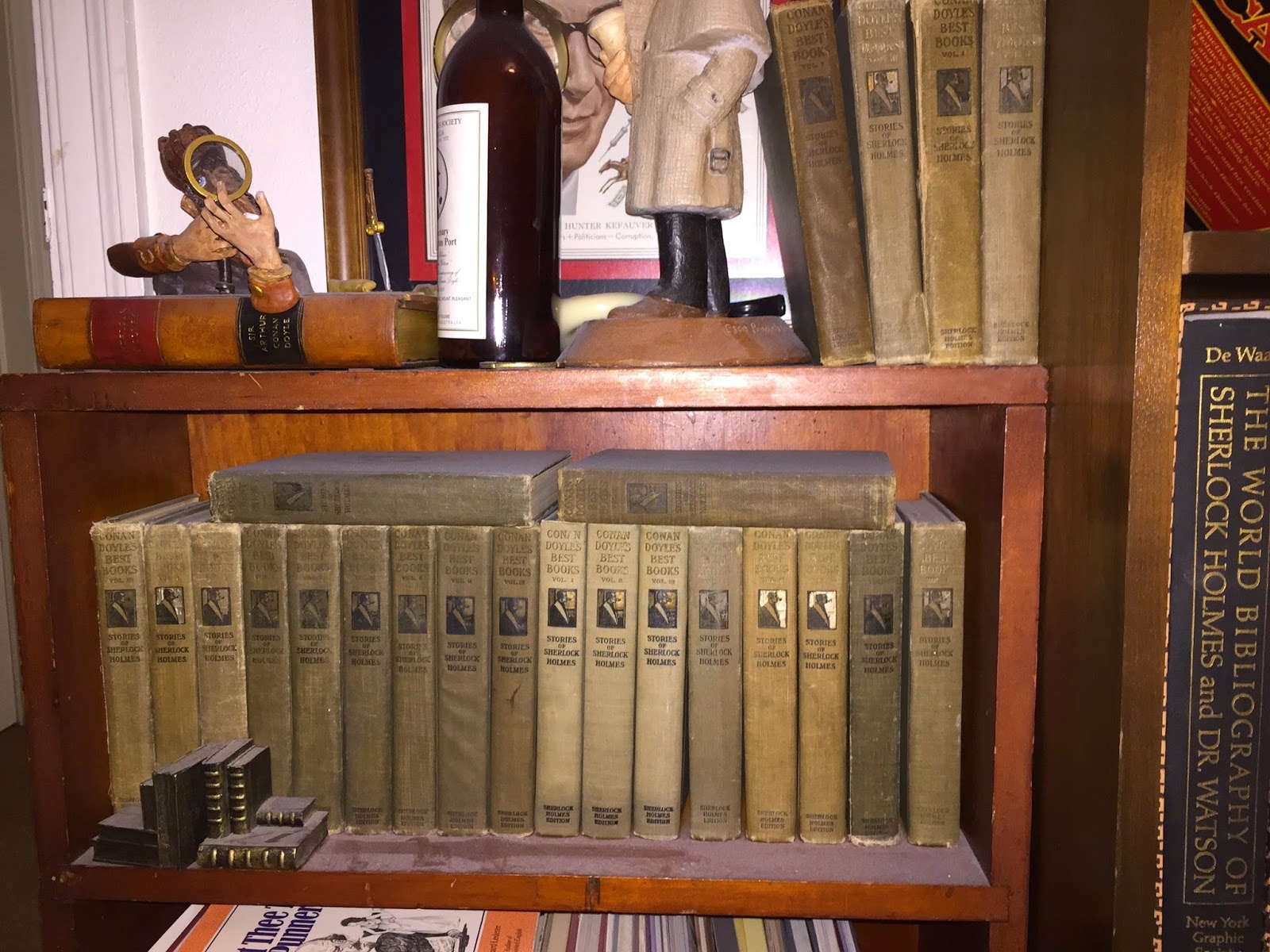 Conan Doyle's Best Books: Stories of Sherlock Holmes -- that title being something Conan Doyle himself might have disagreed with. But there was a time when that book seemed to pop up everywhere I went in Illinois, with a three-to-five dollar price tag. So I gathered them up.

Been working for years on getting rid of such habits . . . the house is just too full! But Vince's Facebook post about The Master's Violin brought it all back today. And reminds me of another Sherlockian named Vincent who was quite a bibliomaniac in his own right: Vincent Starrett. There are entire books on that man's love of books. But that is another blog for another day.

For now, the best close to this ramble is just to wish you well if all this strikes a chord within you. I hope you have lots of luck, both in what you do find and what you make of what turns up when you don't find. Because the books are going to come home with you either way.
Posted by Sherlock Peoria at 9:11 AM