The light seen! It was Elementary all along! 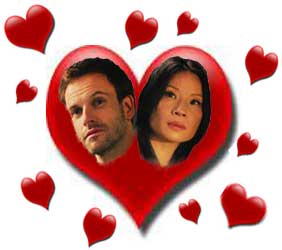 Absence makes the heart grow fonder, they say. And it's true. Weeks have passed since CBS last televised a new episode of Elementary, even taking away reruns last week for some sporting event of minor importance. And without that reliable Thursday night jolt that I've grown so accustomed to, where did my heart pine to be this week?

A certain Brooklyn Heights brownstone, of course, where one Joan Watson gets paid . . . paid you understand . . . to spend time learning from the world's finest deductionist, a master of his field, a man these pages have oft referred to as "Mr. Elementary." Perhaps it was, earlier, used as a placeholder for a character I resisted calling "Sherlock Holmes" as CBS had, but really . . . what honorific could be more fitting to the next evolutionary step of Sherlock Holmes, a character boldly taken out of an old English urban folk tale and elevated it to modern American relevance?

It's just so . . . Elementary. To call him "Sherlock Holmes" would be like calling you or I "neanderthal." A bit of an insult, really. So "Mr. Elementary," he will remain here, just as his Watson remains a "Joan," stepping up from that hanger-on John of the past. But that's all that stays the same.

I admit it: I pre-judged Elementary last summer before ever seeing an episode, and when it came out, well, I didn't even watch the first six episodes and just blogged based on what I read on the web. And then, when I finally did watch a whole episode, I still just could not bring myself to admit that here was possibly a true American counterpart to BBC's sets of Sherlock movies.

And then, a single comment from a single reader of this blog put it all into perspective. I'm sure you may remember the comment, it was pretty hard to miss. The insight probably touched you as well.

Suddenly, the entire history of this country and its breakaway from the British motherland made sense . . . our fore-fathers didn't just fight to escape their present taxation, but to be a separate, better country, where we could take the old things of England, improve them, and make them our own. I mean, where would James Bond be without Hollywood, U.S.A.? He's the most American movie hero of the last fifty years! It may be hard to get King Arthur and Robin Hood to America, as it didn't exist as America proper back then, but . . . well, let's get back to Mr. Elementary, the star of our consulting deductionist firmament.

In the weeks ahead, you'll be seeing a new side of Sherlock Peoria. Or should I say "Elementary Peoria," which the blog will be changing its name to just as soon as I figure out all of this Blogger buttons and switches to do so. And then the fun really begins as we delve into a myriad of in-depth topics revolving around Mr. Elementary and Joan:

The professions Mr. Elementary loves to insult. The friends Joan has when she's not on the job. The furnishings to recreate Mr. Elementary's lifestyle. Gregson and Bell, the combo of Scotland Yard and Doyle's med school teacher. The ex-lovers of the team, including one-nighters. The clever t-shirt references. Speculation on just how much Joan is getting paid to study deductionism. Mr. Elementary's bathroom and what its contents reveal about his transition to American life.

So much material to cover! Will there be room to start speculating on how soon Elementary's ratings popularity will catapult it to the big screen to compete with Robert Downey Jr.? You bet there will be, I can write two or three of these blogs a night, if need be!

Somebody just needs to point me in the direction of ElementaryCon 2013 -- I've got my cosplay outfit already started, and -- SPOILER ALERT -- it's Father Holmes! The pictures that have sprung up on the web of that character are making him the must-be for upcoming Elementary meet-ups. So much to do, but in the meantime . . . .

Yours truly,
Mr. Elementary Peoria
Posted by Sherlock Peoria at 4:21 AM