I now believe there are two phases to a Sherlockian life well-lived.

In part one, you just go for it. Collect, experience, dive in, and just see where it takes you.

In part two, you spend you time looking through your house going, "What the hell?"

Tonight was one of those nights. Looking for one thing (that I never did find), I kept finding other things. BIG things. So, like many a person in their later half of life, I've put together a slide show of sorts so I can show the Sherlockian "grandkids" my memories that they aren't all that interested in. Unlike most of the web, however, I'm not going to make you click through a page per item. (There are, occasionally, benefits to us old-school types. )

Here's a simple one, and not all that big: a chart. 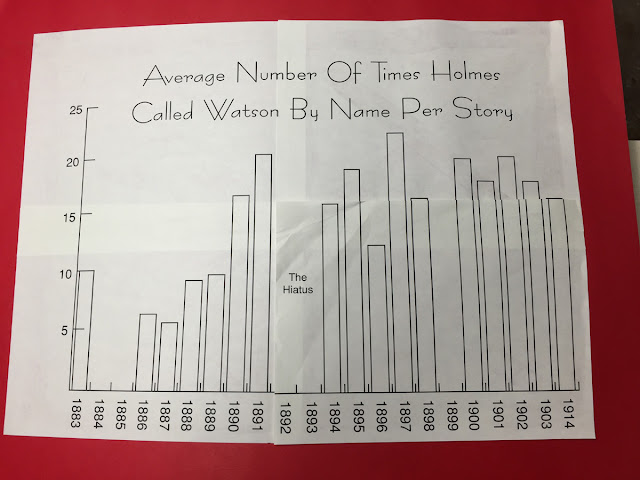 Okay, it's a three foot wide chart with shows, as the caption says, the average number of times Holmes called Watson by name per story. It's not big enough to have been used at a symposium talk, so I'm thinking scion meeting talk. And probably from my "Holmes voice database" days, when I built a database of every line Holmes spoke in the Canon, a first step in a dream I had of creating a faux Sherlock Holmes artificial intelligence. That never got built, but since Moriarty says less things in the Canon, he got a little "Magic Eightball" program built on the web.

Next, we have a huge picture of the Houses of Parliament. 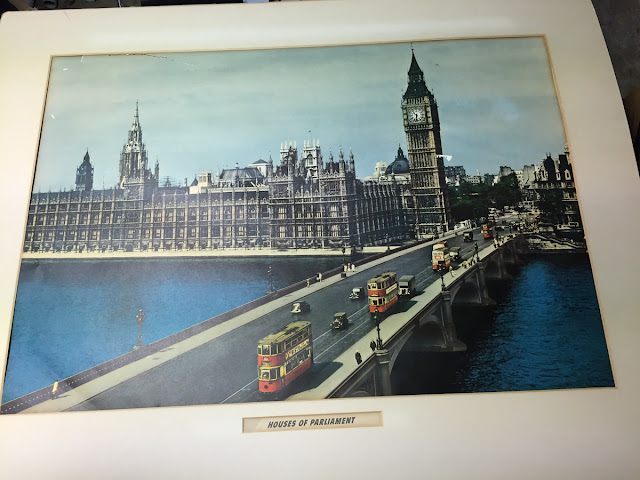 The cars tell you it's not really period Sherlockian, but there's just enough Anglophile in a Sherlockian's bloodstream that I could not throw it away once it made its way into the house. How did that happen? I have no idea. 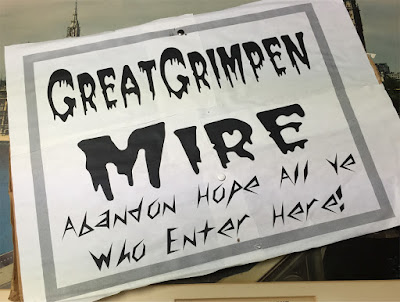 But this one I do . . . a sign marking the little path to cross to my backyard neighbor's house, when he was calling our place "Baskerville Hall." 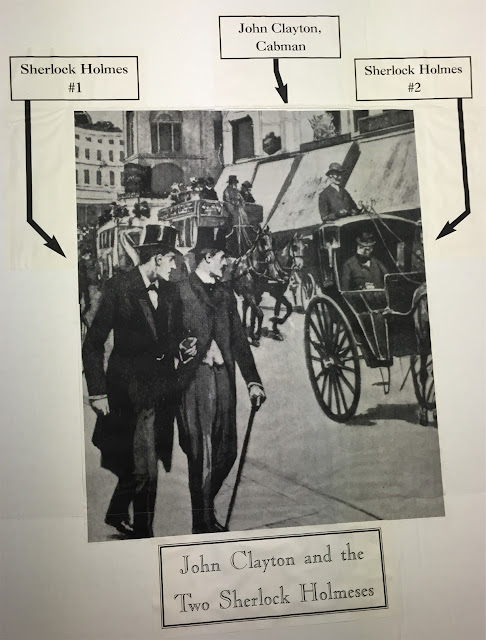 Another local talk, and a HUGE Paget drawing to illustrate the point. I went through a phase when I really liked blowing up Paget drawings. 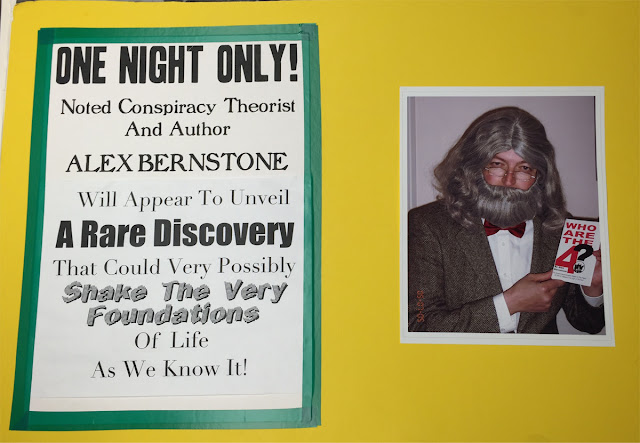 Alex Bernstone, the conspiracy theorist and Sherlockian author of Who Are The 4? -- Alex was actually murdered twice, once in St. Louis and once in Peoria. He was one of those bow-tie-favoring Sherlockians. A few copies of his deeply flawed book are still available to those who know the right people. 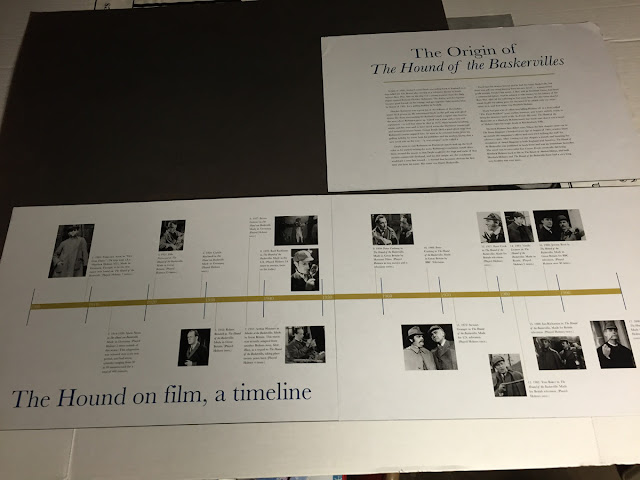 Two nice graphic pieces that were either created by a fellow named Mike Cook for the "Weekend at Baskerville Hall" symposium or for a library exhibit. I really can't remember any more. 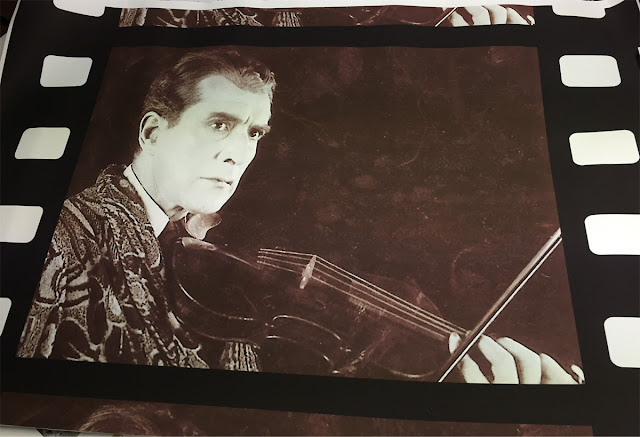 This one may look harmless on the web, but it's a postively MASSIVE poster from one of the "Gillette to Brett" conferences down in Indianapolis. I think it's Norwood, but will depend upon Howard Ostrom to correct me if I'm wrong. 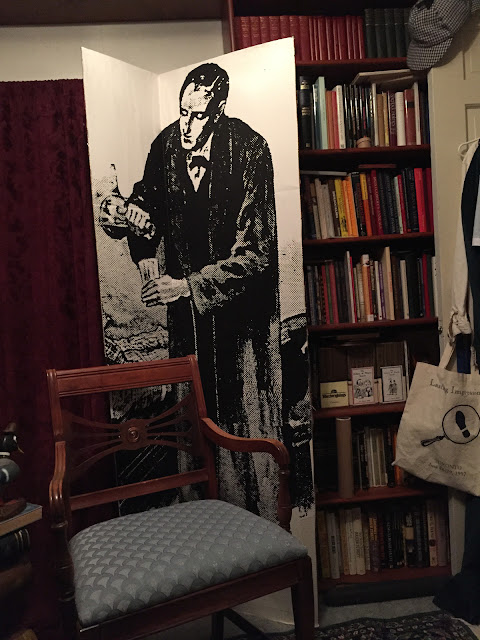 And last, but certainly not least, is my old friend the life-sized Sidney Paget Holmes, pouring you a glass of water. Didn't I say I went through a "blowing up Paget pics" phase. Still don't know what to do with this guy, but had to drag him up to hang out in the library once more. He has travelled quite a bit in his day.

As the insightful Crystal Noll pointed out last time, some blogs are more about procrastination than the subject they purport to be about, and I think this was one of them. The Sherlockian house-cleaning continues . . . .
Posted by Sherlock Peoria at 9:39 PM