Riding where Basil and Nigel rode

Sherlock Holmes has been to Washington. I have not.

But in the age of marvels in which we now live, I decided tonight to take that drive up Pennsylvania Avenue that Sherlock Holmes and Dr. Watson took in the movie Sherlock Holmes in Washington, via Google Maps streetview mode. Movie geography has always been a fascination to me, ever since I saw an airplane make what had to be a right turn by what I knew of Las Vegas as I watched the movie Con Air. So I wanted to see how Basil Rathbone and Nigel Bruce's classic ride would go.

In the movie, they were last at the Senate Office Building, except you could probably walk over to the Capitol from there, without driving like you were coming from the White House. Here's where our Baker Street Boys started: 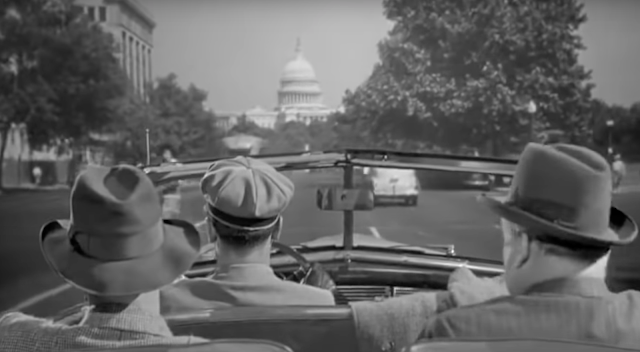 As you can quickly see, our views of the trip were a little different. 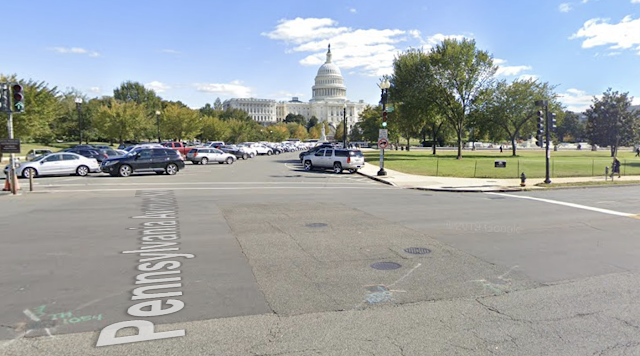 That big building they are about to pass on the left doesn't seem to be there in our current world. And actually, it wasn't even there in the Rathbone movie's version of Washington, as a few moments later, here's what is on Holmes's left. 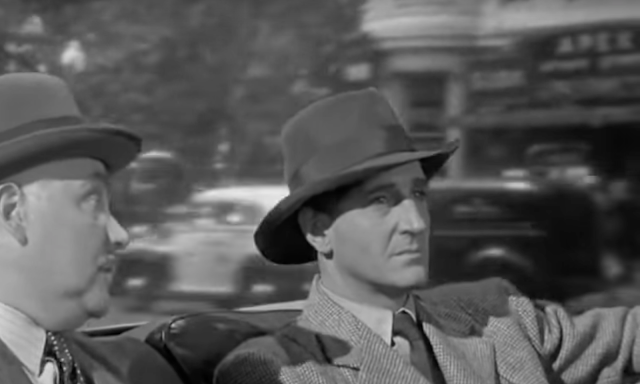 It's street with shops, and something called "APEX." 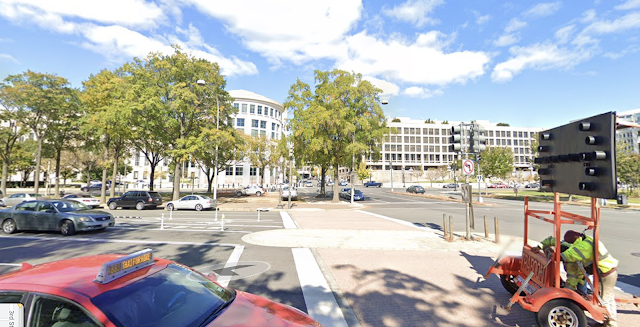 I got what looked like newer developments. But it's been almost eighty years, so that makes sense. 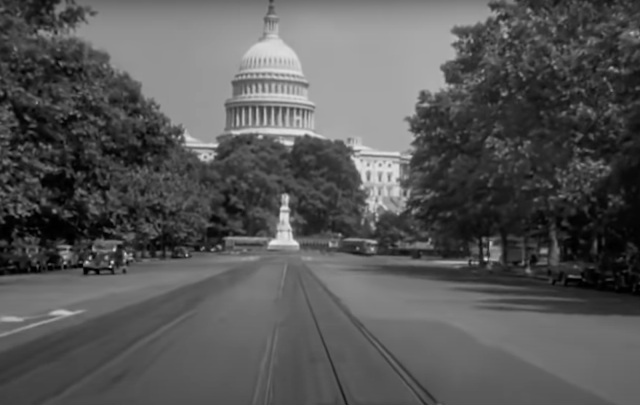 Rathbone Sherlock's final look at the Capitol building looks something like this. 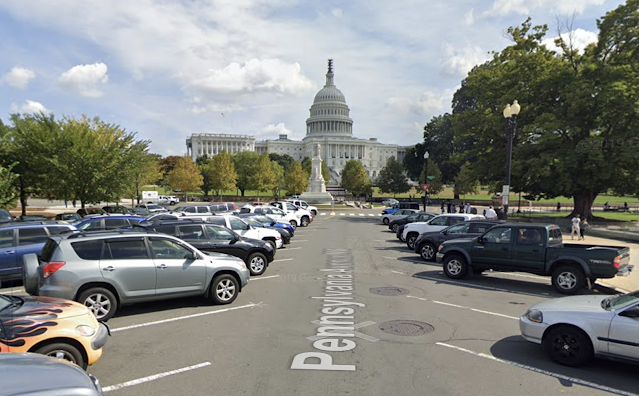 I wound up in a parking lot.
It would be quite a video for some modern Sherlockians to attempt to recreate Rathbone's speech in a convertible driving up Pennsylvania Avenue toward the Capitol. Of course, they might want to wait a while after recent events.
Being a Sherlockian has so many fun little aspects to it, and taking a trip into the world of an old movie on a Friday night is not all that unusual. And you just never know how it will all turn out.
Even if you just wind up in a parking lot.

Posted by Sherlock Peoria at 8:50 PM