A guy who enjoyed art.

Word came along the Sherlockian grapevine yesterday of the passing of Stu Shiffman, a fellow whose talents I always greatly appreciated. When I was publishing The Holmes & Watson Report and my original cover artist retired, Stu was one of those who jumped in ready to fill that void, and I especially loved his Sherlocks that paid tribute to characters from other graphic mediums.

My favorite by far, however, was the time Stu popped up with a Sherlockian adaptation of a classic cover from DC's Flash comic book, that went with the first parallel universe story in the DC comics mythos. Stu used it to show a classic Holmes and a Granada-ish Holmes winding up in the same tale.

So, without further ado, I'll just let a few of Stu's covers speak for themselves. Ya did good work, Stu. 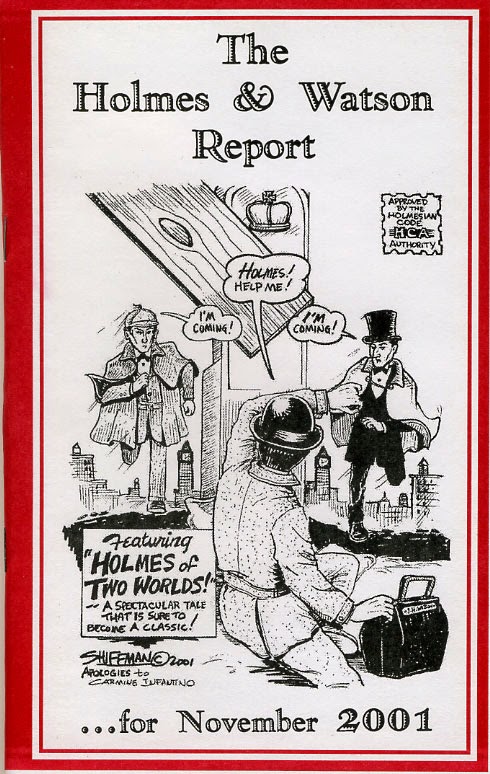 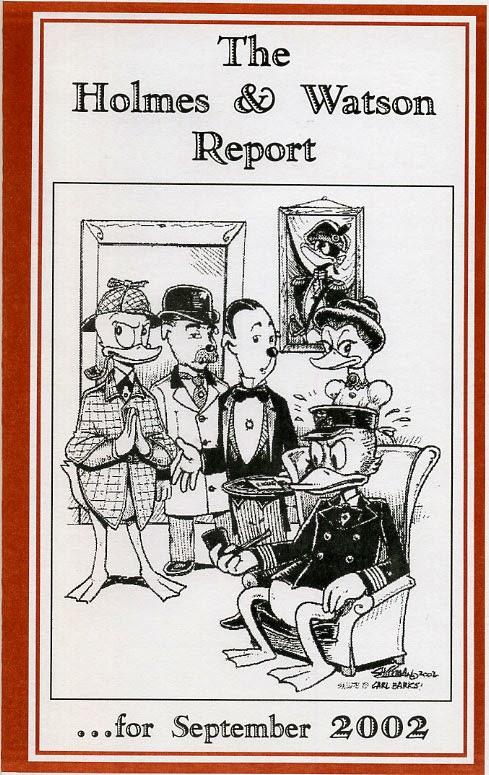 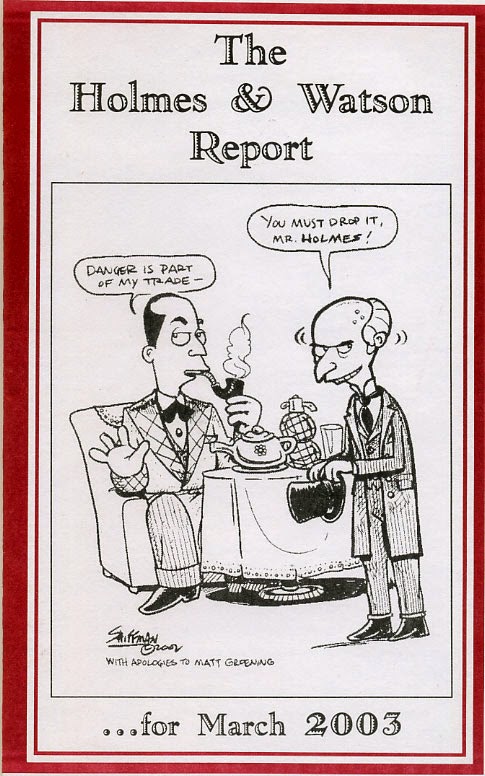 Posted by Sherlock Peoria at 11:21 AM