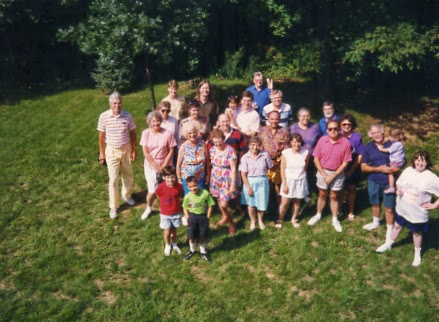 This is what the annual picnic of a Sherlock Holmes society in Peoria, Illinois (actually held in Germantown Hills) looked like in 1992. It was the year of Jeremy Brett starring as Sherlock in "The Master Blackmailer," as the Granada series was starting to take its turn to less-well-regarded, longer episodes. Print journals were still going strong with new ones popping up in the mailbox, like Varieties of Ash and The Sherlock Holmes Gazette. And we were an aging fan population. When you saw kids at an event, on most occasions they were grandchildren tagging along. Folks in their twenties, who got to choose where they spent their time, were rare and special. 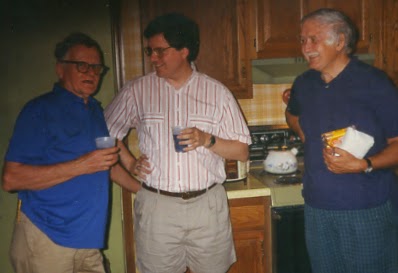 These three fellows were very representative of some of the folk you'd see at a Sherlockian event: A lifelong sci-fi fan with an army of cats, a librarian with a bent toward club and publication creation, and a college professor of the English sort. (Ed Connor, George Scheetz, and Ron Kirkwood.) 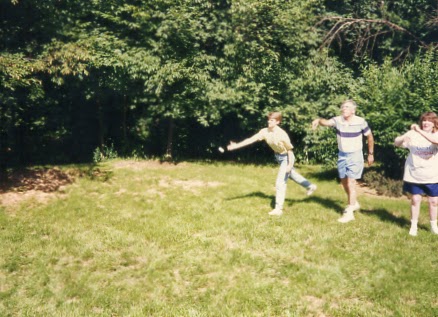 And then there was the annual egg toss. This was a pretty Hansom-specific eccentricity, and its best Sherlockian connection can only be found in The Valley of Fear with "My dear Watson, when I have exterminated that fourth egg . . . ."  We exterminated a lot of eggs in those days.
Posted by Sherlock Peoria at 1:03 PM