"A Straight Left Against a Slogging Ruffian" is the title that John Longenbach gave us when he started his talk on Holmes the fighter, and he uses the Downey films as our entry-point, but quickly getting to Holmes's older fighting aspects. Single-stick, the British specialty of bare-fisted boxing, and . . . John soon raises the question: Did Watson ever actually see Sherlock Holmes do any of that skilled boxing Holmes would tell of?

After reviewing Watson's actual witness of Holmes's skills, John Longenbach decides that maybe pistol-whipping was Holmes's best move, and he uses that pistol to transition into the points in the Canon where gunplay was involved. But eventually we come to Bartitsu, that Barton-Wright martial art that always reminds one that Watson might have mis-spelled it on purpose.

How can the room be a bit chilly, and yet I'm still having the post-lunch sleepies?

But now it's demonstration time! 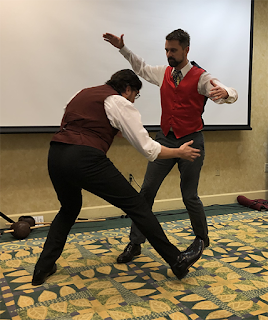 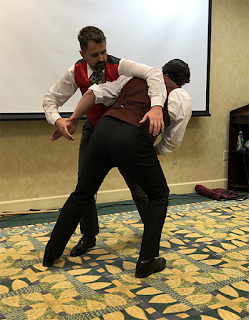 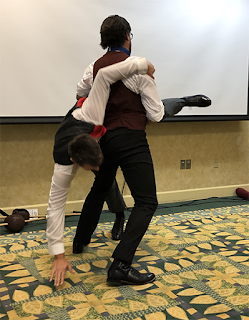 And that was Sherlock Holmes using Bartitsu to toss Moriarty off Reichenbach Falls! 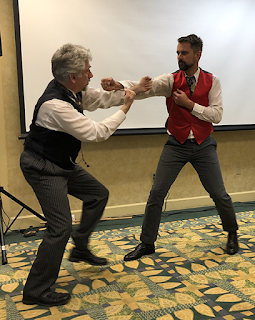 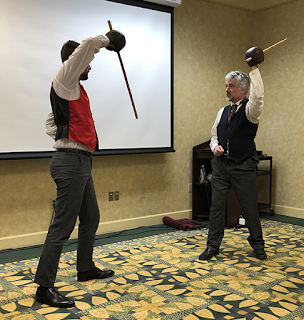 A lot of questions for our presenters, and we're already out of time! On to the next!


Posted by Sherlock Peoria at 4:52 PM