One of the weird little ways we deal with holiday traditions is the "white elephant gift." Said to come from the King of Siam's gifting of very impractical gifts of actual white elephants, these weird gifts can take some very odd directions, but the main point is usually that they are things you probably don't actually want. When this comes to a Sherlockian, however, is there anything having to do with Sherlock Holmes that we would consider a "white elephant" of a gift?

Most of us own a few weird and wacky Sherlockian items, most of it impractical as can be, but what would fit that sort of "Ha-ha, you got a [blank]!" that a prime white elephant gift embodies?

A VHS tape of the Peter Cook/Dudley Moore Hound of the Baskervilles, perhaps? Since most of us don't have VHS tape players at this point, it would probably be unplayable, but an unplayable copy of an unwatchable movie might just be the white elephant we're looking for here. Except for the fact that it's still a collectable. 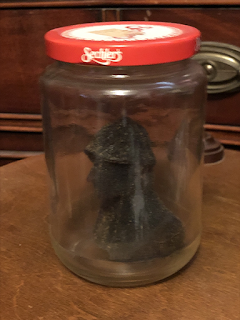 How about a bust of Sherlock done in soap that is slowly degrading in a jar? Kinda weird, kinda gross, definitely not something anyone is proud to add to their collection. But . . . why do I even have this? Yuck, I couldn't give this to someone, just because it looks more like a curse than a gift.

So, what else, what else . . . Sherlockian tchotchke's abound, but a Sherlock Gnomes figure from a Burger King kids meal is actually desirable to a great many Sherlockians.  Are there books that would fit this category? 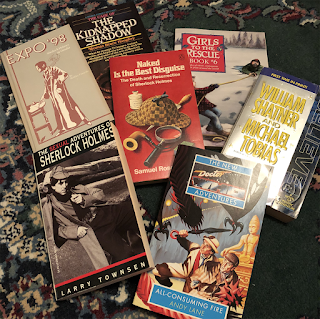 I mean, there are some weird ones, some goofy ones, some so-bad-they're-funny ones, but I feel like every one of them has someone out there that thinks they're a worthwhile tome for the collection. Nothing too impractical in their eyes. But then there's my old favorite . . . 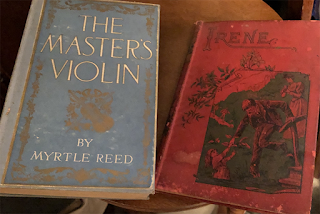 The book that seems like it could be about Sherlock Holmes, but isn't. Amusing, impractical, but a good white elephant? I'm still just not sure.

Are there any Sherlockians out there doing white elephant gift exchanges with each other, passing gifts of a Sherlockian nature? It would be a great party to get invited to, if there is. Who knows what wonderfully odd thing you could wind up taking home? 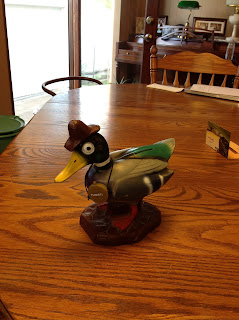 Posted by Sherlock Peoria at 12:40 PM